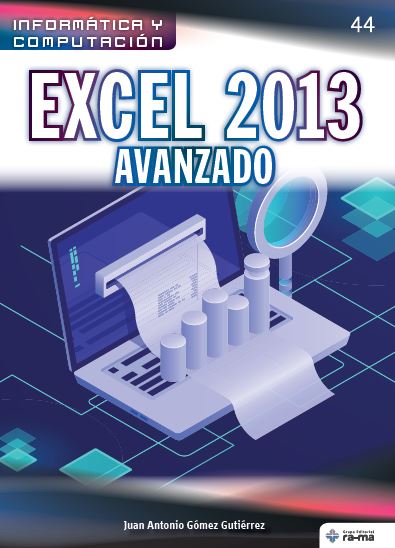 Description in English: This book was prepared for people who are beginning to use Microsoft Excel and also for those who have known it for a long time and want to be up-to-date with the news provided by the version of Microsoft Excel 2013. The book is designed to address in detail each of the tabs that, by default, are offered in the product and, for that reason, a chapter has been dedicated to each of them. Additionally, a couple of chapters have been included at the beginning so that those who are just beginning to discover the benefits of working with Excel have some reference to the most common interface elements and the most general basics.

A chapter is also included with a selection of widely used functions, so the reader can have an example that allows them to easily understand their operation, and to implement them quickly. The Tool tabs chapter effectively shows the relationship of bars that can appear depending on the objects we are working with. They are not intended to reach a maximum detail, but they are enough to give a good idea of what each one contains.

Finally, it includes a summary of the different key combinations (shortcuts or shortcuts) that are sometimes more comfortable than using the mouse. We trust that, from the beginning to the end, this book can meet the needs of both users who intend to start using Excel, and those who seek a detailed and, above all, illustrated explanation of some of the functionalities offer on the product.